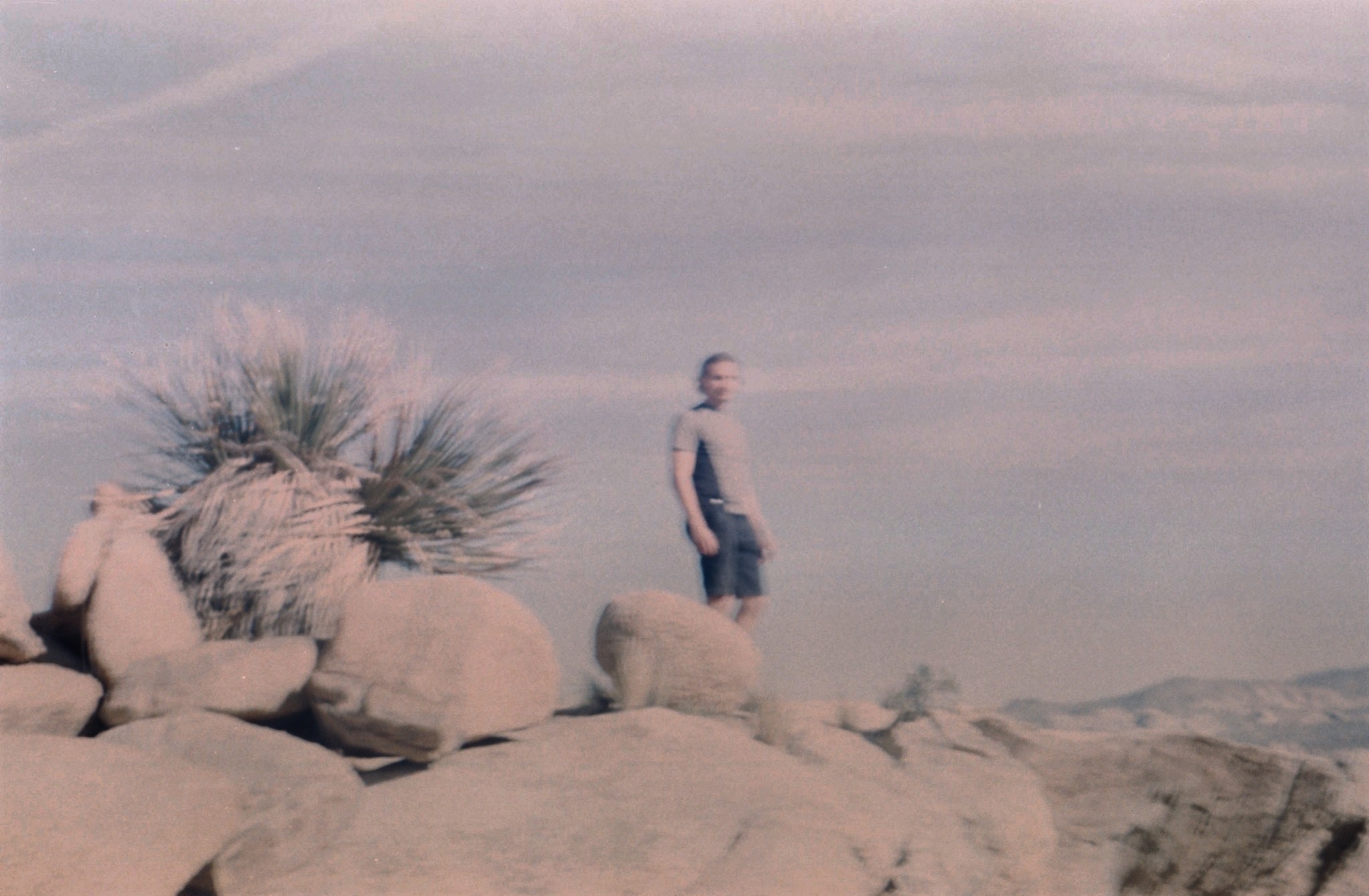 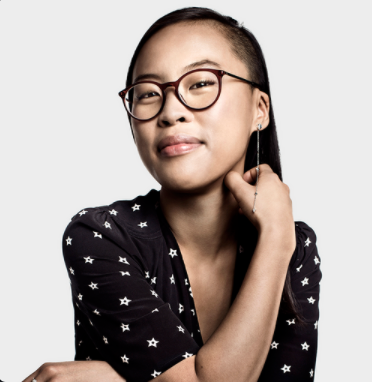 There are two types of DAOs that seem to be gaining traction: financial flash mobs and hyperstructures. Each taps into a unique quality of DAOs that isn’t feasible via traditional corporate structures. They represent different extremes of on-chain coordination: fast and hot, or slow and long. In both cases, they ultimately represent ways that memes can be merged with blockchains to create emergent structures of coordination. When combined, they could point towards how we bootstrap the public goods infrastructure of an abundant future.

Financial flash mobs turn potent memes into money very quickly. Constitution DAO was a breakout moment for this type of DAO: over 17,000 people came together to pool $47M in less than a week. Typically, it takes longer than that just to set up a corporation and open a bank account.

Less savory examples of financial flash mobs are token pump-and-dump schemes. By having aligned financial incentives, internet strangers can coordinate to drive up the price of a token and sell to a greater fool. The ponzinomics of greater fools is so powerful that even things with no intention of becoming a meme coin sometimes end up as one. After internet supervillain Ken Griffin revenge trolled Constitution DAO, the plan was for everyone who participated to claim refunds for their contributions. But, much to the surprise of the core team, the token got pumped into a meme coin and is still trading inexplicably above its actual redemption value:

This meme premium (memeium?) to redemption value, like much of crypto-economic theory, is clearly intuitive and also makes no rational economic sense. Beyond the basic ponzinomics of the greater fool theory, there are some people who just love the meme and will never sell. Owning the token (and, for economic purposes, staking it) has become a part of the identity attached to the wallet and its owner.

Another reason to hold on to tokens is that they can become seed lists for other airdrops. From the perspective of a token holder, it’s economically rational to hold on to something you don’t care about if you believe it may generate additional financial assets in the future. From the perspective of an airdropper, using another token as a seed list solves several practical and theoretical problems.

Theoretically, it solves one of the hardest questions of economic systems: how to initially distribute the money. Adam Smith’s theory of the invisible hand explains how money gets efficiently distributed in a market, but notably fails to provide any guidance on the initial distribution of money at the start of the system. Practically, seed lists allow someone to create a new token that forks another existing tokenized community by airdropping a token to their members.

When Constitution DAO lost the bid and decided to wind down operations, dozens of other organizations like People DAO popped up, offering token holders the chance to put their stake into a new organization and continue the journey. The deep irony here is that, while most financial flash mobs burn out with the same rapidity that they caught fire, the ones with the deepest meme potential may cross the chasm into the other end of the spectrum and live on forever.

On the other end of the spectrum are DAOs trying to build hyperstructures that will last indefinitely. Hyperstructures, coined by Jacob Horne at Zora, are crypto protocols that can run for free and forever, without maintenance, interruption or intermediaries.

Hyperstructures are a platonic ideal for DAOs—unstoppable, free, valuable, permissionless protocols that can serve as infrastructure for a wide range of use-cases and applications. This platonic ideal is essentially how DAOs were originally conceived, but not how the term is commonly used today.

What we commonly call a DAO today is not exactly what Vitalik imagined when he speculated about them in the Ethereum whitepaper. DAOs were conceived as purely encoded, on-chain entities with immutable properties of decentralization. Most DAOs today, which are structured as multi-sig wallets of delegates implementing the will of off-chain votes, don’t meet the original definition.

This difference is more than a technicality. As Spencer Graham has argued via the anticapture framework, decentralized execution capabilities are a good strategy for limiting the exploitation of common pool resources. Furthermore, having organizations that are designed to run autonomously (i.e. without centralized leadership) is the only way to ensure that a hyperstructure will continue to operate indefinitely.

While there are few examples of truly functional hyperstructures out in the wild, bitcoin provides a benchmark for decentralization and autonomy. You can make the case that the original DAO was bitcoin. If you’re a real DAO purist, you could even make the case that bitcoin is the only DAO (but that’s only something converts to the religion of bitcoin maximalism would be likely to do). Additional examples of emerging hyperstructures include other blockchains like Ethereum, decentralized exchanges like Uniswap and Sushiswap, and auction protocols like Zora.

Most human organizations, like companies, get much less efficient as they grow. What enables these hyperstructures to survive indefinitely without centralized leadership is that they get better with scale. Geoffrey West has looked across natural and human systems at structures that can achieve superlinear scaling, where they get better as they get bigger instead of getting worse. While nature builds ecosystems like this naturally, humans have built very few examples of things that will last indefinitely and get better with scale. The only human structures that have this property are emergent systems like economies and cities:

Most current hyperstructures are essentially economies—what would a hyperstructure city look like? While cities have many potential use cases for immutable public records, the most fundamental could be what counts as the city itself. The idea of a decentralized city may be one of the best use cases for an oft-anticipated type of hyperstructure: the token curated registry. TCRs were a popular idea in 2017-2018, which is long enough ago in crypto years that they have been largely forgotten.

The idea is simple: tokenholders vote on a list. Anyone can apply to be on the list and it can represent anything. Let’s imagine that you wanted to implement a decentralized city as a TCR. The city would be represented as a list of places controlled by the token holders. Without any centralized decision-making body, the tokenholders could vote to determine what is and isn’t part of the city. Because a decentralized city isn’t all in one place, a hyperstructure like this could become the official record of what counts as “inside city limits”.

TCRs, much like DAOs until last year, have been wallowing in theoretical obscurity. They are a brainworm that has gripped thoughtful minds because they are simple rule sets that are ripe to grow into complex outcomes. I haven’t spent enough time with them to understand the pitfalls that may emerge from small rule changes in their structures, but we may have a strong use case for them at Cabin.

From memes to hyperstructures

Decentralized cities are interesting examples that bridge the gap from meme to hyperstructure. Hyperstructures are an incredible form of perpetual public goods infrastructure, but are very hard to bootstrap. Financial flash mobs are relatively easy to spin up, but usually burn out quickly. Could these two DAO-native structures be combined to produce something even more potent?

I think so. Ultimately, the best hyperstructures are very potent memes with thoughtful technical implementations. This is, of course, best explained via a meme:

Bitcoin is only digital gold if everyone believes it is. Token curated registries only matter if people care about the curation. DAO contributors spend so much time talking about vibes because the protocol only matters if there’s a community to use it.

That’s where the horseshoe wraps back around on the financial flash mob / hyperstructure dichotomy. Most memes burn out quickly, and even the best ones eventually exhaust the available hosts like a virus. But blockchain hyperstructures can turn a meme into reality by accruing on-chain resources to it.

Perhaps you start with an idea, and you crowdfund a small treasury to accomplish it. The crowdfund provides the initial capital and the token distribution list. But, instead of exhausting the fuel of the meme on a financial flash mob, you thoughtfully design a hyperstructure protocol to support the meme. Then, you use the flash mob funding to bootstrap from a tokenized community into a DAO-based hyperstructure by embedding the core idea of the meme into a hyperstructure protocol. In the case of Cabin, we are doing this by turning the meme of a decentralized city into a token curated registry that represents the city.

The inevitable endgame is that the best memes will be turned into hyperstructures. Building on the original memetic hyperstructures of Bitcoin (self-sovereign currency) and Ethereum (global shared computer), successful DAOs will figure out how to distill a potent meme, use it as a financial flash mob to gain initial resources like capital and contributors, and then use those resources to embed the meme into a protocol that can live on as an on-chain hyperstructure.

We invite you to follow us on Twitter for updates, check out our blog for information, subscribe to our newsletter, and visit our Discord to take part in our community.

Cabin is a decentralized city built by creators, for creators. Cabin believes in the power of bringing people together IRL, especially for decentralized and distributed teams. Cabin is the DAO to help other DAOs accelerate their work by getting together IRL. Cabin’s mission is to build a decentralized city with nodes all over the world, empower creators to pursue an independent career online, and build the products for creators and DAOs to achieve the first two goals. As a decentralized city, the DAO has both physical and digital land. The physical land is made up of various nodes around the world, starting with Node 0 outside of Austin, Texas. The digital land includes Cabin’s Discord server and corner of Twitter.