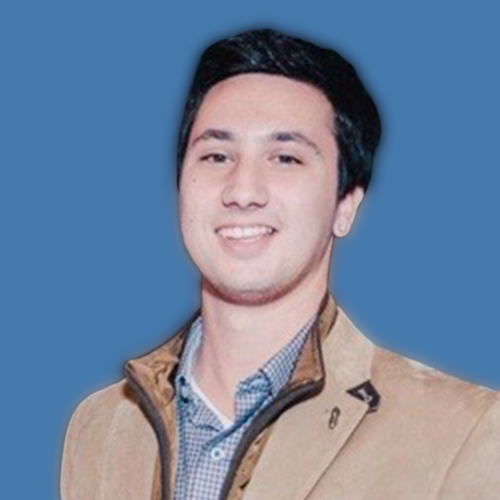 When I saw Phil Levin’s name pop up on the CityDAO Discord, I gasped. For a moment, I thought my 64-year-old father Phil Levin who thinks Venmo is fake had hopped on to crypto. I regained my breath, looked at Phil’s profile pic, and shot him a DM on Twitter. And then I forgot about him.

A few days later, I joined the CabinDAO Discord after watching from the sidelines for four months. I hopped into the writer’s guild, offered my services, and was instructed to interview out of all people Phil. So, I did what any writer does in 2021 and sent him another Twitter DM.

Phil called me as he drove from a communal vacation home he helped set up in Big Sur. After getting our shared last name out of the way, I asked him what the hell a Placemaker is anyways.

Phil explained that he created the term “Placemaker” to denote his goal of bringing to life the physical manifestation of Cabin’s decentralized city. Whereas the DAO was formed via bits on computers, his role is focused on bringing together atoms in the non-digital realm.

Phil believes creating a decentralized city is an incredible opportunity. In his newsletter *The Dizziness *he writes, “Our present cities are constrained by the Assumptions and Possibilities of a distant past.” Phil explains that the two youngest cities in the top ten most populous cities in America are Phoenix and Dallas, founded in 1881 and 1841 respectively. For reference, in 1841, the Opium Wars were occurring, the term “dinosaur” was coined, and the world’s first postage stamp was created.

Phil is the perfect man for the job. After studying physics at Yale, he launched a company to provide mobile banking to the unbanked in Uganda. Phil then moved to the Bay Area where he and his partner Kristen decided that community living should not end in college.

With that vision in mind, he built the intentional community RGB in San Francisco.  Rather than communal living for hippies or frat bros, the community is a group of modern adults who consider themselves life experimenters and social tinkers. While real estate often seems built exclusively for nuclear families or living alone, RGB accommodates people in all stages of life.

He also started Radish in Oakland, a community rooted in the principle Phil calls “The Obvious Truth” - that we are happiest surrounded by people we love and admire on a daily basis. After searching for two years, Phil and his group of friends purchased a >8,000 sqft plot of land and built Radish out with a garden, outdoor couches, and even a hot tub.

From there, Phil helped found Culdesac. Culdesac’s mission is to build cities for people, not cars. The first car-free neighborhood in the US — Culdesac Tempe — opens in 6 months and will house 1,000 people with zero residential parking.

While Phil never thought of intentional communities as DAOs, he realized they are both communities of people who govern themselves autonomously. When Phil found out CabinDAO’s Jon Hillis believed in co-living, the potential of cities, and the power community, too, he was excited to hop onboard.

Phil jumped into CabinDAO headfirst. He answered bounties, provided helpful thoughts on issues, and gave direction to projects. When he noticed the founders were overwhelmed with the demands of Discord, Phil proposed the Placemaker position.

As Placemaker, Phil helps CabinDAO members “move seamlessly between the metaverse and meatspace.” Cabin’s belief is that in the future, communities will start online and jump offline into the physical world to create villages, towns, and eventually cities. Phil and the CabinDAO team are currently planning an initiative that would allow landowners to add their nodes to the CabinDAO network.

In 2021, jobs are becoming gigs. Location is becoming flexible. Relationships are going global. As Placemaker, Phil is actively working to provide a digital and physical home for wanderers of this frontier.

The CabinDAO community brings together the best builders, thinkers, and dreamers of this new world to create tools, share knowledge, and start earning money independently online. While each node will have its own individual vibe, Phil believes that the overarching values of creating, building, and dreaming will hold the nodes together.

Phil hopes CabinDAO will host other DAOs in Texas Hill Country, allowing the location to be where DAOs and remote teams gather to connect and collaborate in person. Whereas the traditional finance world celebrates IPOs at the NYSE, Phil dreams that CabinDAO’s Texas Hill Country headquarters can be the place for DAOs to celebrate their big moments.

If you’re in CabinDAO and want to help Phil, join the Discord server: https://discord.gg/k5Zv9ECRZd. Lots of bounties coming soon!